Email us about program
Book Now

Book Now
Join Tina Pashumati James on the Summer Solstice, June 21, 2020, for a day of sacred gathering and honouring the planet. 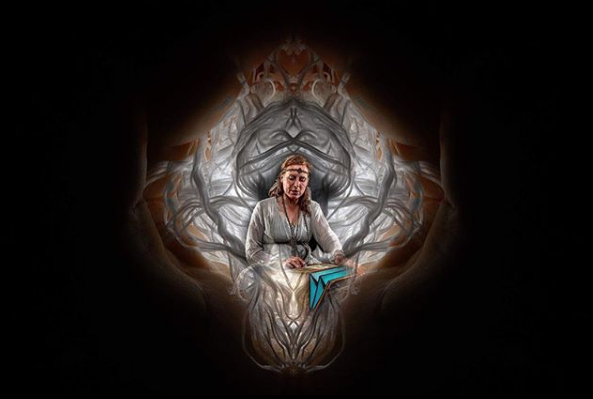 WHEN: June 21, 2020
TIME: 11am – 7:30pm
WHERE: Nectar Yoga B&B – 720 Gardner Lane, Bowen Island
ABOUT THE DAY-TREAT:
This day-treat is a journey into the body, mind & breath and an opportunity to gather in community to make steps towards changing the environmental crisis that is happening on this planet. We will walk the land, gather in circle in our Geodesic Dome, have important conversation about direct-action we can take and dive into the Summer season from a place of deep awareness. Tina comes with over 30 years of teaching experience, she is an environmentalist and animal activist and has created this program to address the climate emergency in sacred circle.
SCHEDULE (may change slightly):
11:00am Walking Mindfulness and Insight Mediation
11:30am Pranayama
11:45am Asana and Mantra (2 hours)
1:45pm-2:30pm Sacred Circle – Talking Stick
2:30pm Vegan lunch break and relax
4pm —6pm Probe the depths of the environmental crisis through discussion and action-based conversation
6pm Yoga Nidra
7:30pm Departure
TINA’S THOUGHTS
I wanted to create a day-retreat where we can have a “real” yoga immersion…a day for participants to remember.

But this is no longer enough. It is clear that we are in a crisis situation and that we need to engage in action to end political inaction in the face of the present climate emergency.

We all have to take responsibility for the future of our planet.

For too long, we have delegated this responsibility to politicians, hoping that they would boldly regulate and legislate in order to stop climate chaos. These politicians have let us down repeatedly. They have known at least since the Rio Earth Summit in 1992 that action is needed to curb greenhouse gas emission but the “actions” taken at political level have been woefully inadequate and emissions have continued to rise, leading to the current crisis.

The most authoritative scientists now tell us that unless global warming is limited to 1.5 degrees above pre-industrial times, the world faces extreme weather events, food shortages, wildfires, dying coral reefs, droughts, floods, mass migration and poverty for hundreds of millions. This doesn’t sound like well being and prosperity. Rather it sounds like misery for many millions of people. Yet, this is inevitable if we continue  to view economic growth as the guarantor of our future To avoid climate disaster, the world economy needs an immediate transformation of unprecedented speed and scale, involving far-reaching changes in society.

People are right to be outraged that governments and businesses are putting economic growth and profits ahead of people and the planet and must push them to face the responsibilities that come with the power they have. Politicians must realize that they are answerable, not to the lobbies, banks and other businesses who have been funding them for so long, but to the people who have elected them, and to the children of the world who are now demanding urgent action, (and whose lives depend on the decisions they are making now).

So we also need to sit back (may be on a meditation cushion), reassess the agreements and narratives that we have for too long taken for granted, and ask ourselves, what do we really need to be happy? Practice together and share what we can do in direct action.

The Imagine Climate Change Yoga Day-treat 2020: Honour the land with the child of the wild. I look forward to seeing you soon.
To learn more about Tina, click here: https://www.tinapashumatijames.com/
COST: $180 for the day (does not include the ferry to Bowen Island)
REGISTRATION DETAILS: Full Payment Required, no refunds or transfers